45 percent of women are interested in buying their fiancees Wedding Engagement Rings.   What do you think??

Wedding Engagement Rings for the Groom? – If you like him, put a ring on him!

Say “engagement ring” and you probably picture a little velvet box that the harried groom-to-be, or groom-to-be-rejected, is fumbling around with in his pocket. At that right moment, he will stop, drop and propose.

The often diamond-crusted band will be given to the future bride, representing a quasi-contractual commitment to stand on high heels in a receiving line at a bedazzled stake center gym for four hours.

In return, sometimes she receives another ring, perhaps to be soldered together.

But what about the groom? It’s becoming increasingly popular for ladies to want their beaus to visibly take themselves off the market as well via a new trend that bears the charming portmanteau “man-gagemet rings.”

According to a survey on brides.com, 45 percent of women are interested in buying their fiancees engagement bands.

Some suspect this is an offshoot of our modern era in which it’s increasingly common for the girl to take matters into her own hands and pop the question; others think it’s merely a marketing ploy.

Jewelers could certainly make a pretty penny off the trend — though few brothers are going to be strutting around, showing off the brand new bling during Elders Quorum.

Most are simple, diamond-less band designs, manly engravings a la the One Ring.

A mass-market jewelry chain in the United Kingdom is even trying to draw new etiquette lines, asserting the man-gagement ring is to be worn on the ring finger of the left hand until the wedding, after which it is transferred to the same finger on the right hand, with the wedding band, of course, worn on the left.

This seems excessive, but it signifies the fascinating dichotomy between men and women, and wedding rings in general. While most women wear their rings without fail, post-nuptials, many men opt to go band-less after marriage.

An aversion from jewelry to history: Wedding rings for men didn’t come into popularity until after World War II.

Although today it’s customary in both religious and secular wedding ceremonies for the couple to exchange rings, the husband will likely leave his on the dresser or watch, horrified, as it bounces down the drain, never to be replaced.

While some may think that’s no big deal, husbands should remember that not wearing a ring, especially if you’re still college-aged, sends out the message, “I’m available.”

Brenton Pendleton, 22, who’s been married to his wife Jackie for just over a year, said that when he wears his ring it helps him “stay on the right path” by keeping her in his thoughts.

When he doesn’t wear his ring, “she asks ‘who are you trying to impress?'” he said. “Of course she’s kidding… but I think it’s still important for couples to wear their rings. It lets people know you’re taken.”

President David O. McKay once said, “That high view of marriage in the mind of that young bridegroom, and the appreciation of the sacredness of marriage by the bride, I think is one of the sublimest things in all the world.”

Take a high view of marriage and realize wearing your wedding ring is symbolic of your eternal commitment. It’s a good thing. Don’t treat it lightly.

Avoid awkward situations where you have to tell an overly friendly girl in class or at work you’re married. Your wife is likely wearing her ring with confidence and contentment — and you should too, be it one ring… or two.

MormonTimes.com is produced by the Deseret News in Salt Lake City, Utah.
It is not an official publication of The Church of Jesus Christ of Latter-day Saints.
Copyright © Deseret News Publishing Company 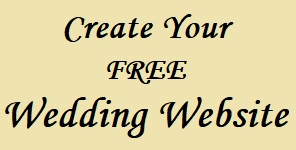